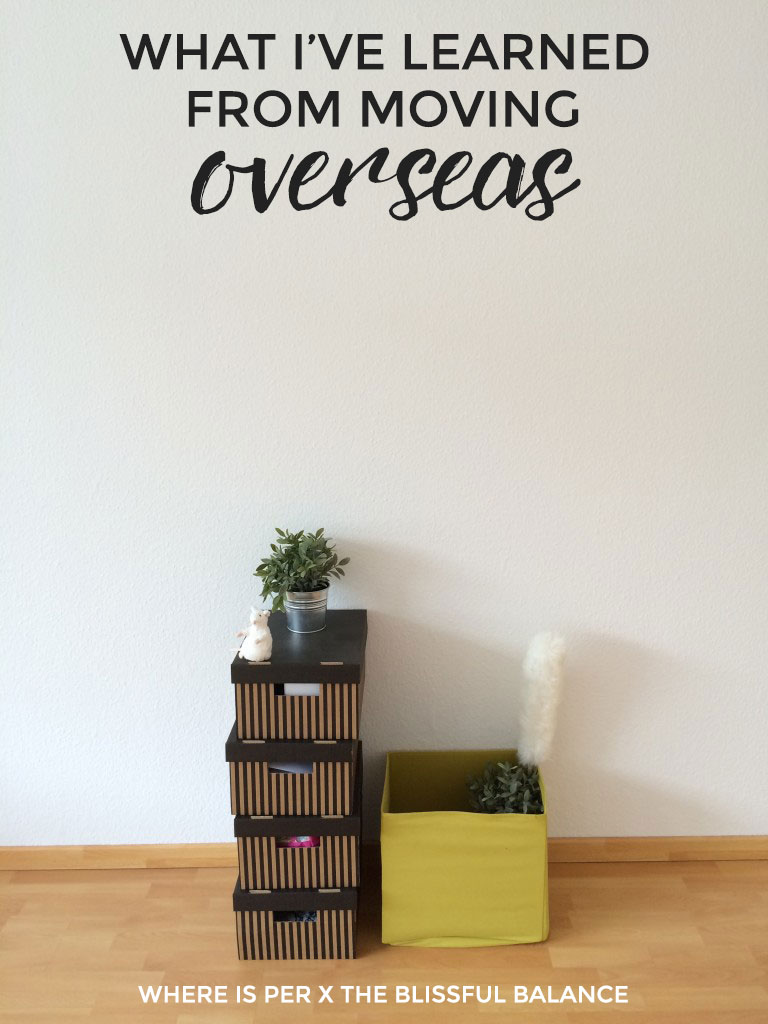 “If someone tells you it is easy, they are lying” 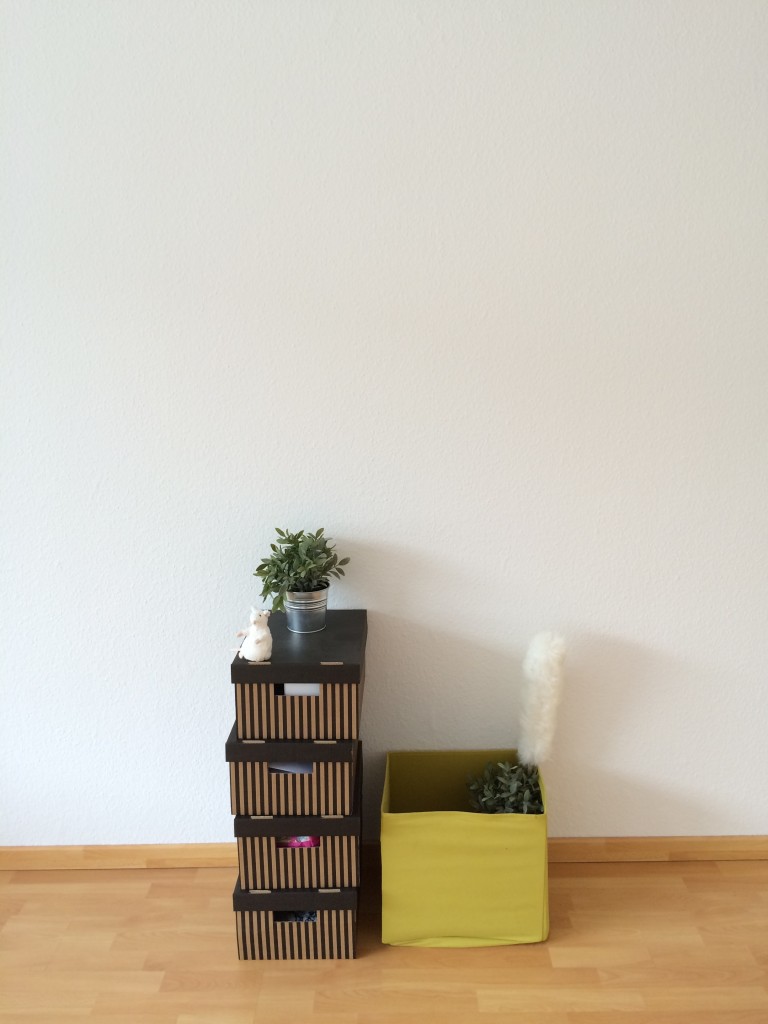 The transition from university to the real world is one thing, but how about doing it across the world in a city you’ve never heard of, not to mention in a language you don’t even speak. It has been one year and four months since I graduated from college, and one year, three months and two days since I moved across the world to start a life abroad. I remember my first day in Dusseldorf like it was yesterday, sitting in the foreign office for hours trying to get my visa, along with walking around mindlessly trying to figure out which bank I should sign up for. Oh the glory days… 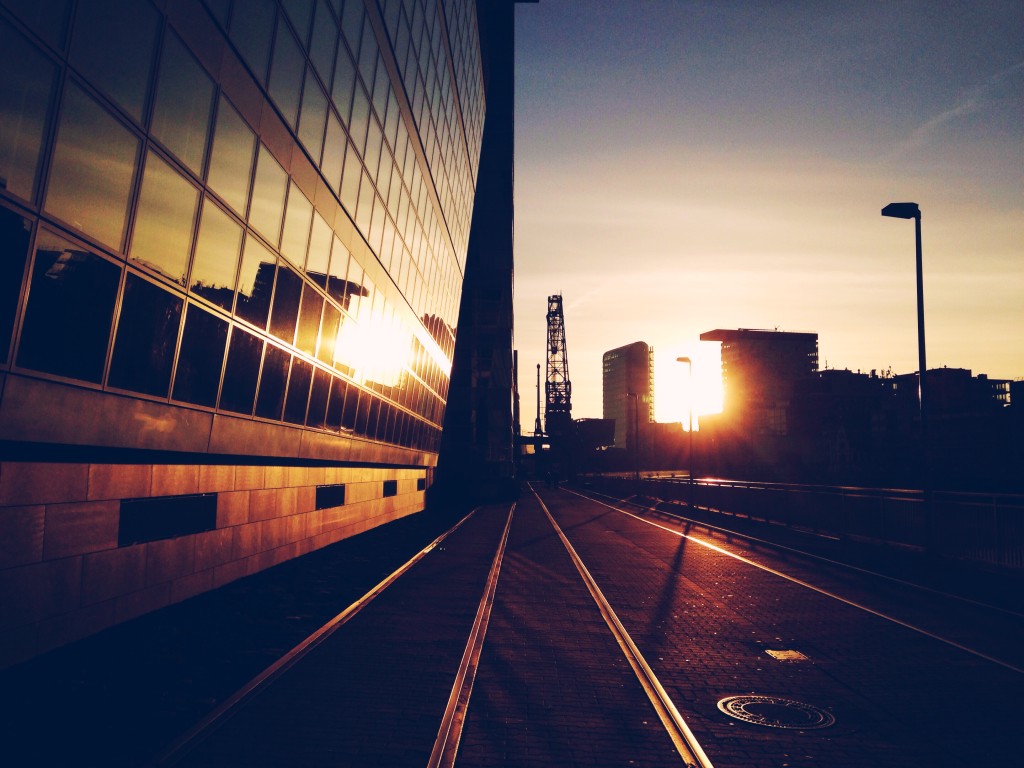 I always reminisced the idea of moving to Europe. Studying abroad and summer vacations with friends seemed so carefree — I mean who doesn’t love laying on the beach all day, while eating scallops and drinking french wine for dinner? 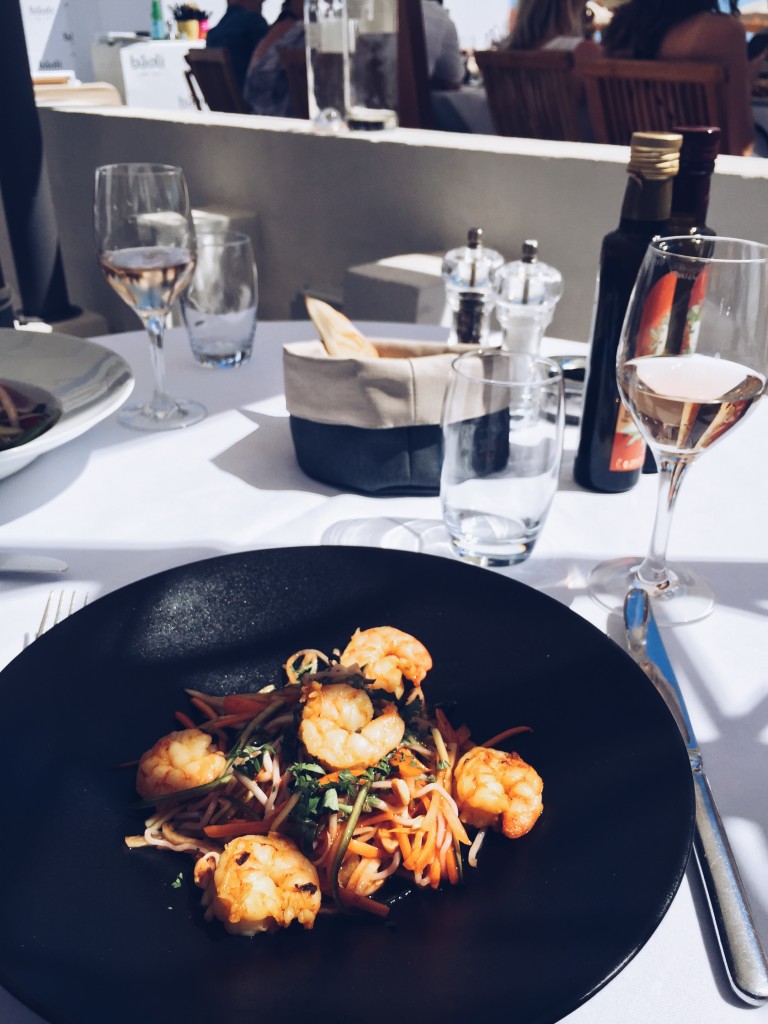 The reality is, moving abroad is like living anywhere else. There are bars where people gather on Friday nights, grocery stores with milk, eggs and chicken (just in a different language), people holding hands in the street and sipping their coffee while on their way to work. 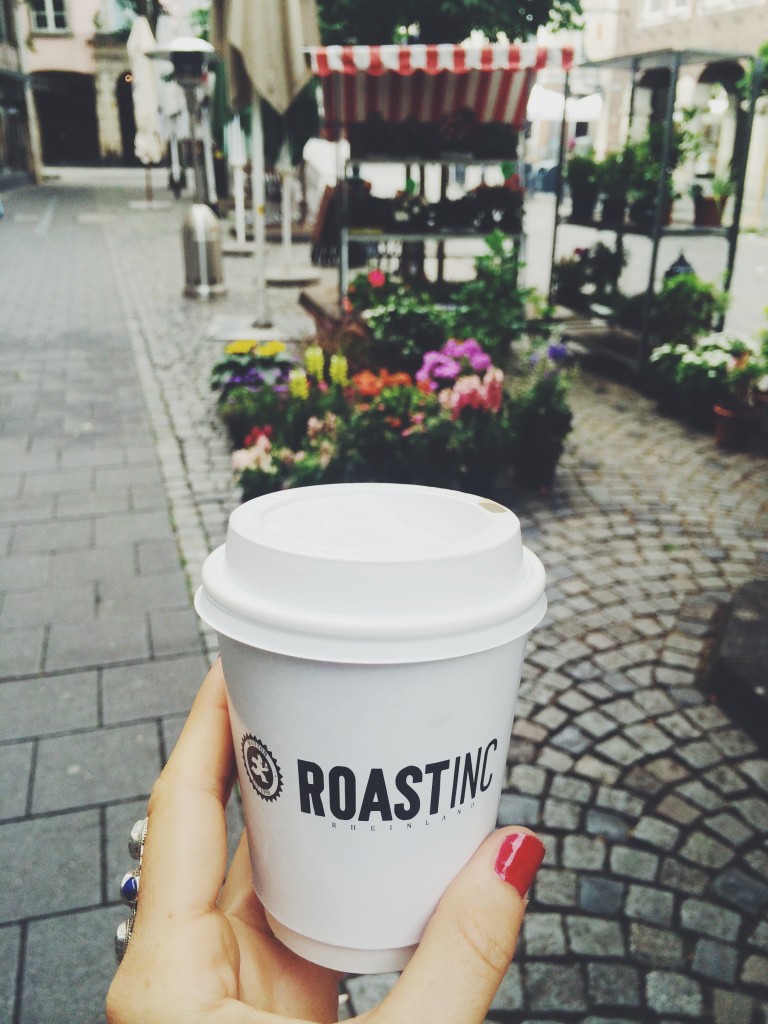 So if I am sitting here and saying moving to Europe is like anything else, why did I decide to move? Florida is a wonderful place, in fact it is a place where most Germans vacation. 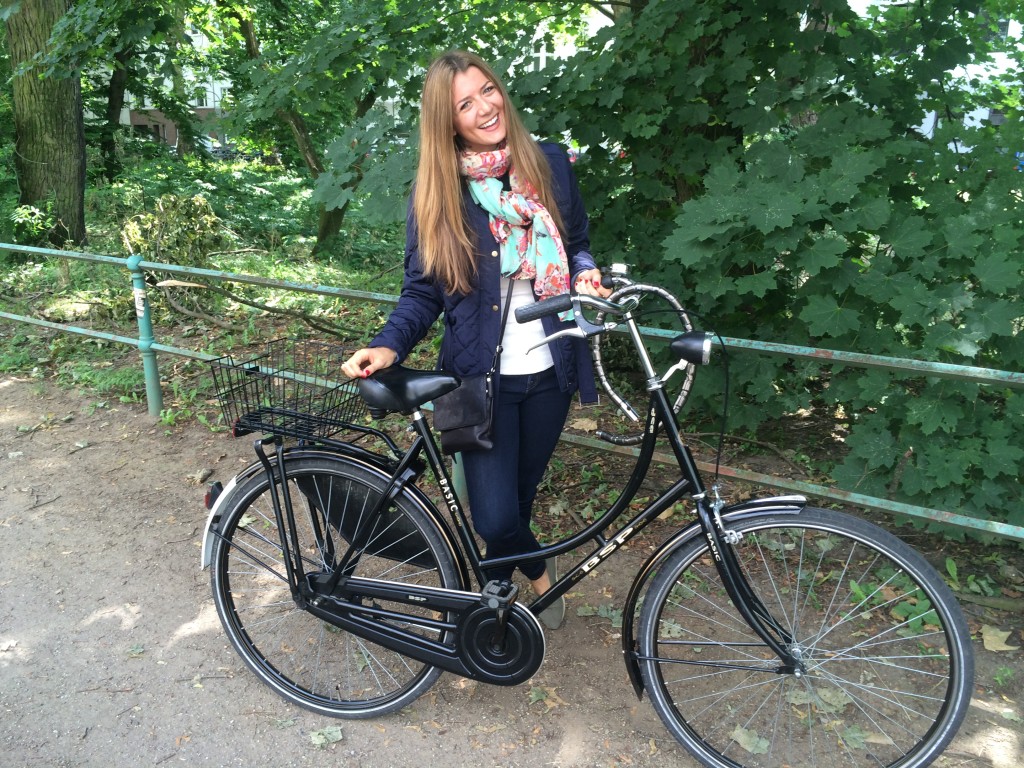 I guess I moved to feel uncomfortable. I believe, feeling uncomfortable is one of the only ways to progressively move forward as an individual. I am not the kind of person to get stuck in my ways, but rather a person who is constantly looking for a challenge. Well, moving across the world is certainly one hell of a challenge, so is translating my bills from german to english. 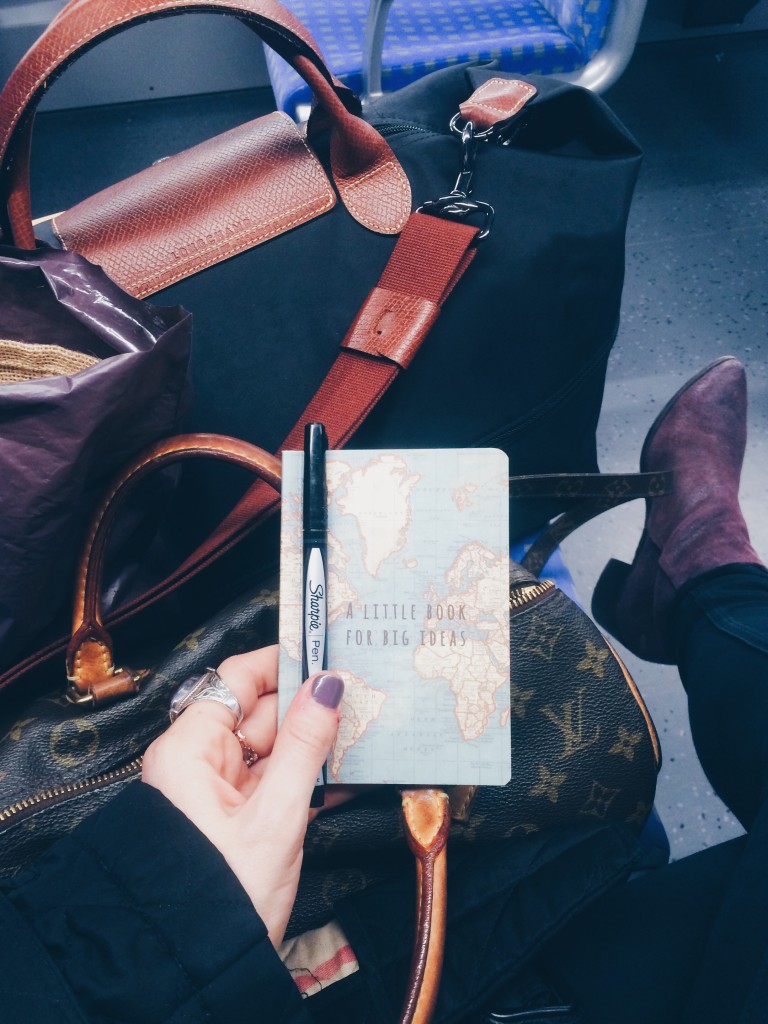 Luckily, I work at an english speaking company with over 60 nationalities in one office. It is a place that feels like home, and a place I am very grateful for. Other than getting insurance, a cell phone plan, finding an apartment, signing up for a gym, bank, and figuring out where I was in the world I would not trade my life abroad for anything. 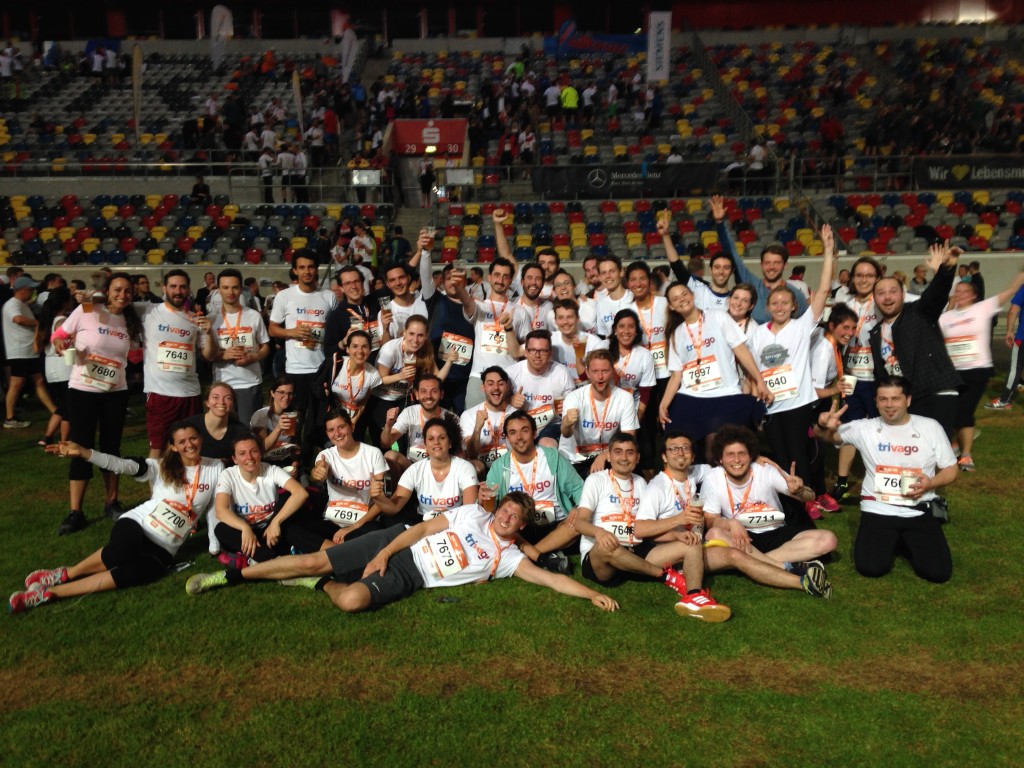 I have made friends who I will cherish for a lifetime, and have witnessed things people may never even think of (the pilates “100” in german for example… takes counting to 5 to a whole new level). 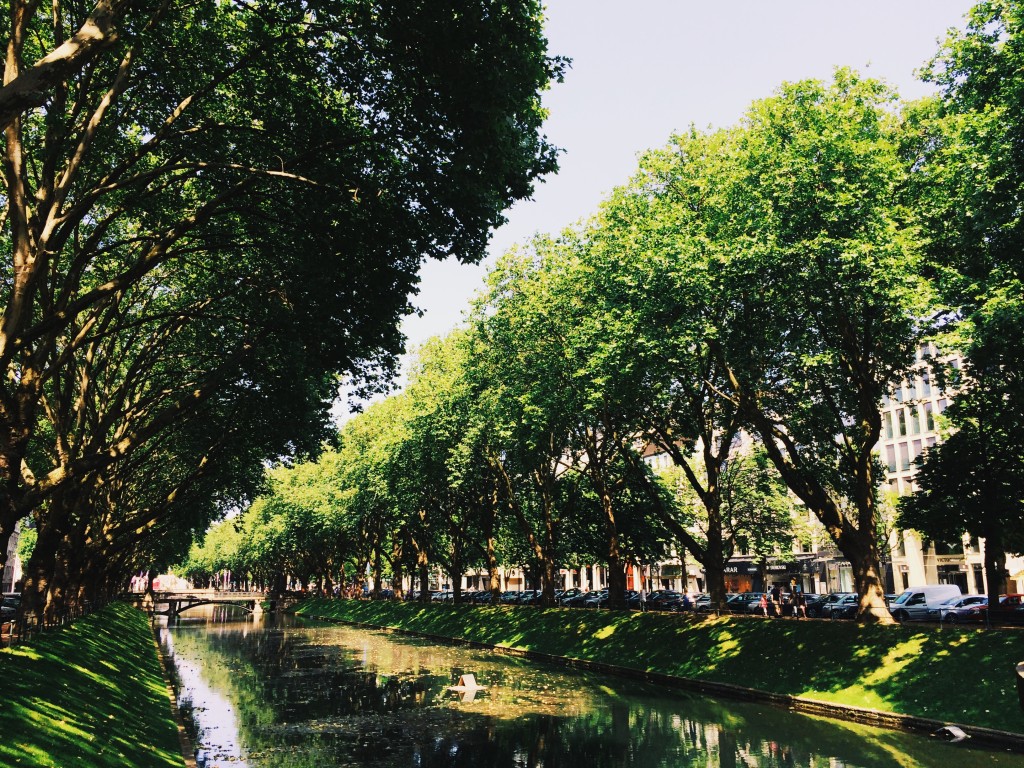 I wake up and am constantly getting lost down cobblestone streets, I am always trying to figure out what people are talking about (my way of ‘learning’ german), can fly to Paris, Stockholm, or the Alps for a weekend, meeting people who’s life is completely different than my own, and of course making my house a home. 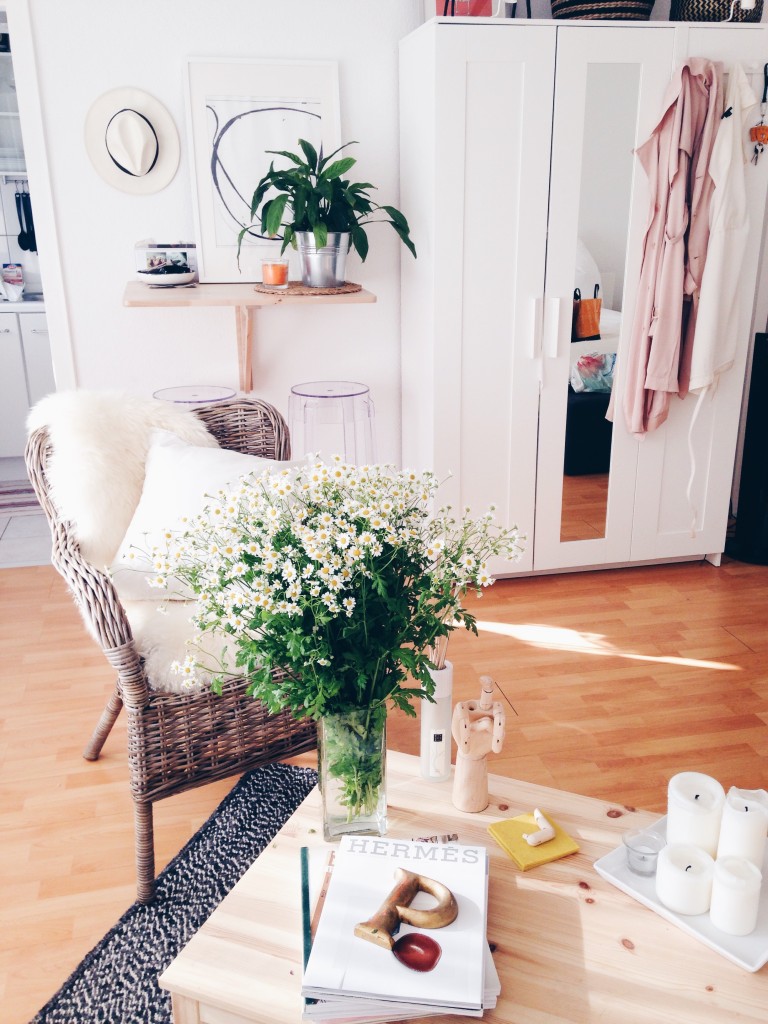 Like anything, living abroad has its ups and its downs.

What I love about living abroad:

Exploration – I will say it once, and say it infinitely more. Whether it is exploring a new neighborhood in my own city, or flying to Spain for a long weekend, the ease of travel while living in Europe is mind-blowing. Train, plane, bus, car, boat. Everything is an option.

My 9-5. I ultimately moved here for a job I would hope I would like, turns out, I couldn’t imagine my life any other way. I have made incredible friends and am constantly learning, being challenged and growing as a person. Plus, they offer fresh organic fruit & snacks everyday, I don’t think I will ever leave.

Takeaway: Wake up everyday and love what you do. No one is making you go to a job you don’t enjoy.

3. Being a foreigner. “Ah, I don’t understand…” one of my favorite lines since moving abroad. Although Germans speak incredible english, sometimes it is great not knowing what people are saying to me. Small cultural differences, or even trying to figure out what each yoga pose is in German always puts a little smile on my face.

Takeaway: Have an open mind and a big sense of humor.

The challenges about living abroad: 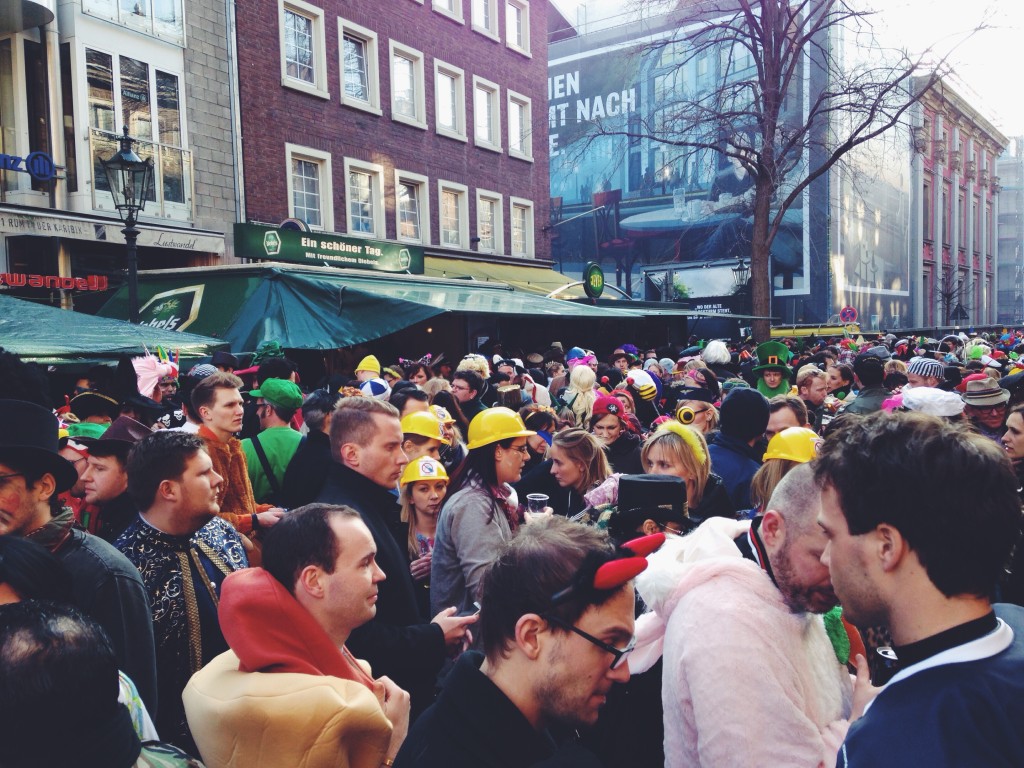 Lost in translation. Bank statements, bills, mail, television, menus, the list goes on. Sometimes I just want to make an appointment in English, not have to think what each dish on the menu is, or read the local newspaper without question.

Takeaway:  I guess I need to learn german…

2. FOMO (fear of missing out) – everyday there is something new in the states, a new engagement, a new party with friends from college, or a new television show people are raving about. Sometimes I do wonder what it would be like to be around some of my best friends, but you win some and lose some.

3. Convenience. The United States is the most convenient country I have ever witnessed. Department stores that have everything in one place? Most definitely a foreign concept in Germany. On one hand, it is nice going to one store for shampoo, and another for an extension cord – on the other i’d rather just spend 5 hours and a months salary in Target (amen).

Takeaway: Patience is a virtue my friend. 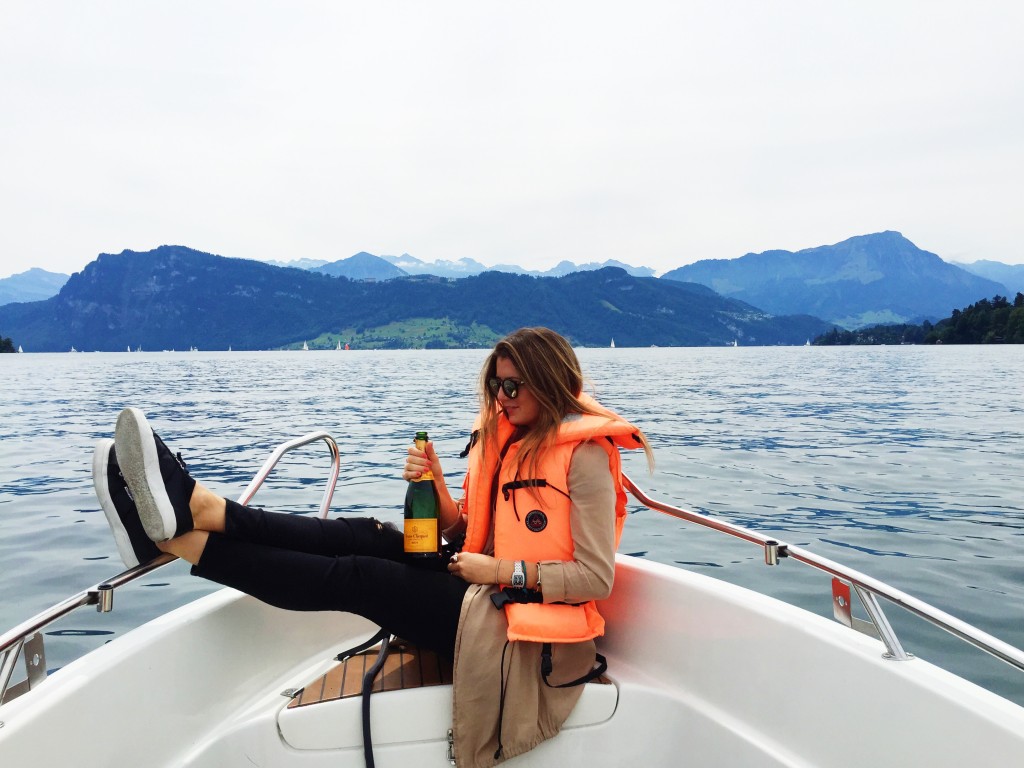 What is the point of all of this? The point is to make yourself feel uncomfortable. Moving across the world might be a little far fetched, but drive to a new city and explore a new place. Go to the beach alone for a day and sit without your cellphone, and just about your thoughts. Talk to a stranger in line at Starbucks, or even cook a new recipe. Life is too short for routine. Spice it up as much as possible. 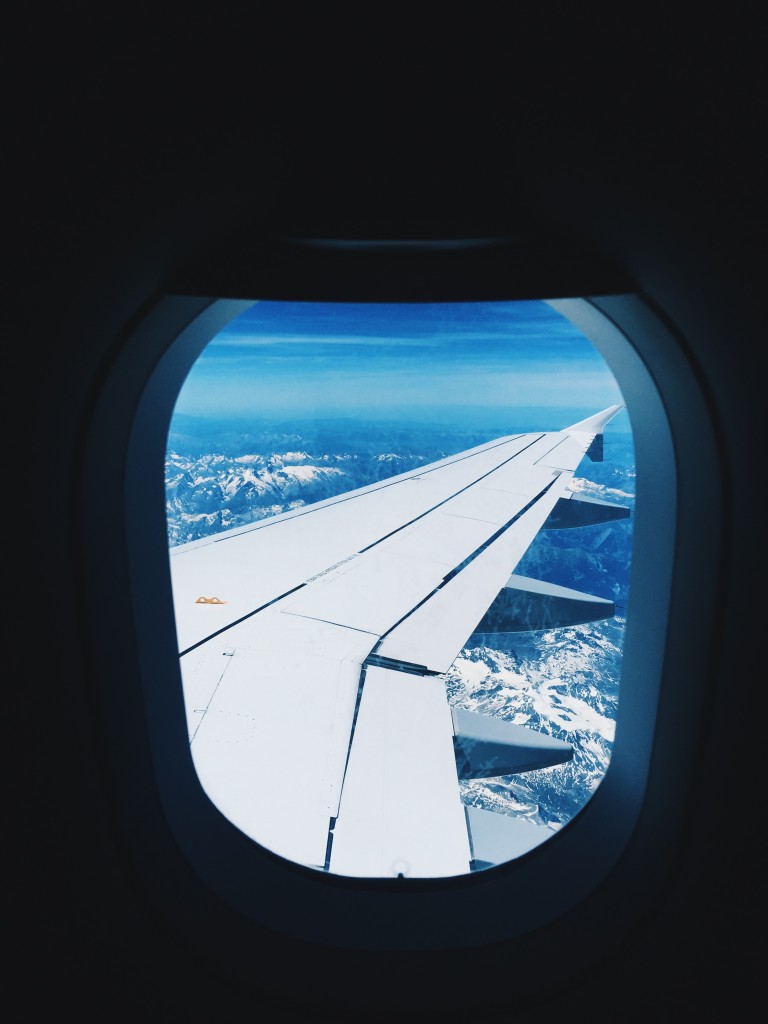 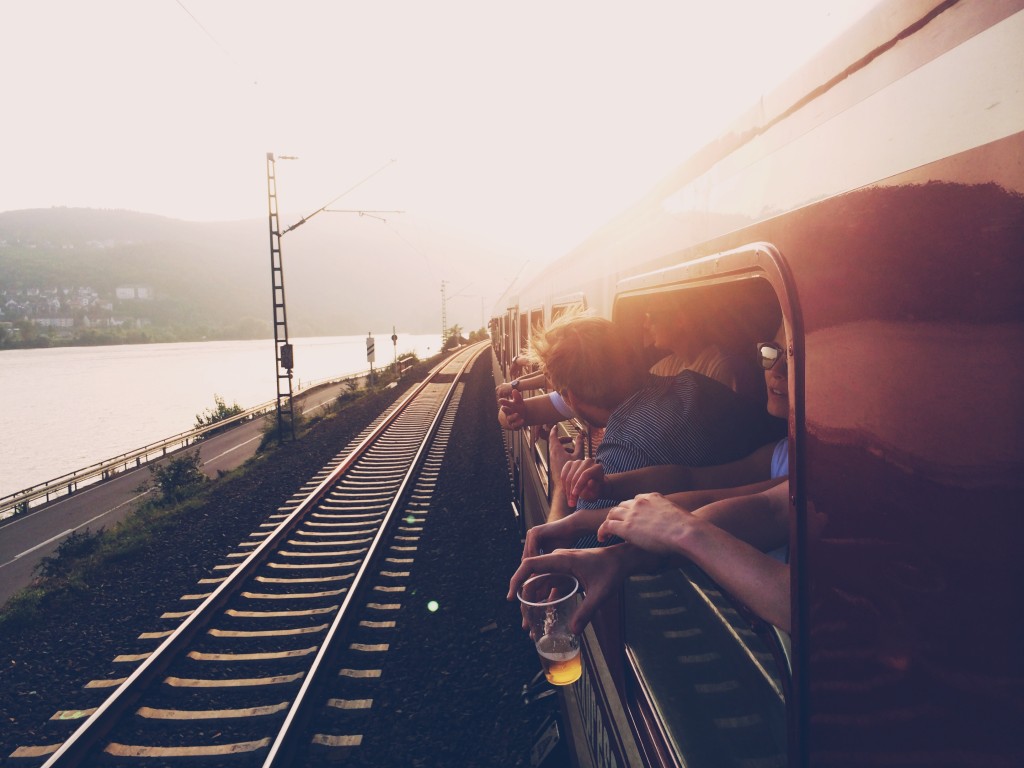 Explore your own city & never let yourself say “I’m bored”

Perri Rothenberg is a traveling creative whose passions lie within all elements of design and culture, often influenced by travel, exploration and language. Perri left her life in the United States to pursue a career as a Travel Editor in Germany. On the weekends, you can find her traveling and sharing her experiences on her travel blog, www.whereisper.com 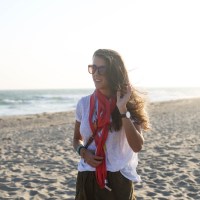 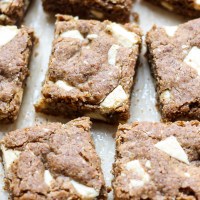