It had been a beautiful week in Cefalu, but I was ready to venture off to Roma. I couldn’t wait to learn about Roman history, visit the Vatican City, eat delicious food, and look at beautiful fashion (because that’s all I could do with it…)

During our stay in Cefalu, we frequented a food store that was located near our bed and breakfast, Food Sicily. In addition to snacks and drinks, Food Sicily sold fresh meats and cheeses. We had a huge lunch, so we decided to just order sandwiches, a bottle of wine, and relax on the bed and breakfast balcony before we got to packing. We each got a salami sandwich with mozzarella on Italian bread, and ordered a little tub of fresh pesto. I spread some pesto on my sandwich, and then dipped it in the tub. No such thing as too much pesto, that’s my motto. It was the perfect light dinner.

The next day we had a 5 am wake up to make our flight. After surviving the ride to the car rental, the ride from the car rental to the airport, baggage, then security, we finally got to some espresso. Of course, we indulged in some cornetti for breakfast, too.

The flight from Palermo to Rome was only about an hour. In no time, we were back in the Rome airport where we had been a week before, except this time, we were staying. My father had arranged a van service to pick us up from the airport and take us to our hotel. We met up with our driver and walked outside to the van. The second we walked out of the airport, it was like we entered into a completely different world than what we’d been experiencing the past week. It’s like going from a quiet, small town in the Southern U.S. to the bustling streets of New York City. I loved it.

By this time, I was immune to how people drove in Italy. However, this instance we were in a nine-person van, not a tiny VW. I’ll never understand how this man maneuvered that van through the streets of Rome. ‘Twas quite a spectacle.

We arrived at our hotel, Hotel Mozart. After checking in at the lobby, we had to walk down the street to a different building for our room. Not having known anything about this hotel, I wasn’t sure what to expect. When we walked up to our room, I was pleasantly surprised. It was elegant and simple at the same time.

Although it’s not pictured, the shower was huge, which made my dad happy. Our shower in the bed and breakfast was not the biggest, and for someone who’s 6’2″, that was a struggle.

Since all we had on our flight over was pretzels or peanuts, we were all starving. Our hotel concierge had recommended a restaurant down the street from the hotel, Ristorante Edy. It was a small restaurant that filled up quickly – always a good sign. I’d been craving gnocchi, so I gave in and ordered some. A giant serving came my way, and I was ready to dig in. In Italy, pasta was usually reserved for lunch, and dinner was lighter. Although we were all exhausted, we were in Rome, and when in Rome, you walk around and look at all the beautiful fashion. Duh. We had busy days ahead, so we wanted to get our fashion fix out of the way. Dolce and Gabbana, Fendi, Chanel, Hermes. Oh, and Nike Roma was right across from our hotel. God planned that one. The Trevi Fountain was under construction. The disappointment was palpable. We also checked out the Spanish Steps and the Pantheon. Built during the reign of Augustus, the Pantheon is a building in the Piazza della Rotonda that has been used as a Roman Catholic church since the 7th century. It was my first Ancient Roman sight, my eyes were bulging with disbelief at how detailed and beautiful the inside was. This was just the beginning. Since we were so tired and wanted to crash early, we decided to just go back to the hotel, shower, and take advantage of the hotels’ antipasti deal they held on the rooftop. We ordered a bottle of wine, and sat outside admiring the beautiful view and enjoying the refreshing breeze. The waitress brought out two plates of antipasti, and a pesto rigatoni dish to start. Everything was fantastic and the perfect amount of food for all of us. The next day we had a five-hour tour planned of Ancient Rome. Time to get some rest.

« Sicilian Gardens and Pizza by the Sea
Rome, Day 2: Tour of Ancient Rome » 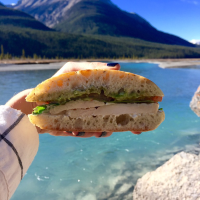 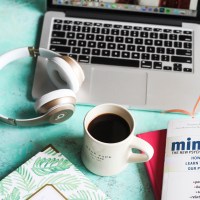 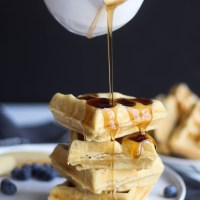 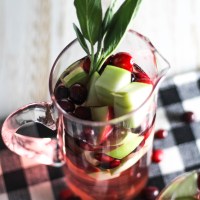